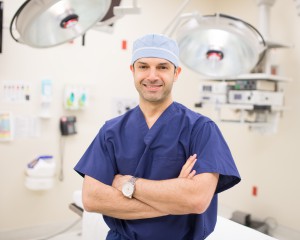 Dr. Ramin Behmand began his esteemed career in cosmetic surgery at the Case Western Reserve University School of Medicine in Cleveland, Ohio. He not only graduated with honors, he was also named a member of the Alpha Omega Alpha (AOA) Medical Honor Society. He continued his education with an intensive six-year training program in plastic surgery at the University of Michigan, located in Ann Arbor, where he rose to academic chief resident. From there, he expanded his proficiency across a multitude of complex surgical techniques, concentrating on the nuances of facial plastic surgery.

In addition to heading his practice in Walnut Creek, Dr. Behmand makes time to educate residents and fellows as a clinical assistant professor of surgery in the Plastic and Reconstructive Surgery Division of University of California, San Francisco. For the last 10 years, he served as Chief of Plastic Surgery at John Muir Medical Center in Walnut Creek.

Dr. Behmand remains active in several prestigious medical associations in order to stay apprised of progressive surgical theories. A few of these renowned institutions include:

Additional awards and honors include: 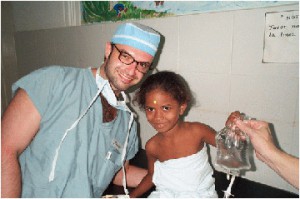 Philanthropy also holds a special place in Dr. Behmand’s life. In conjunction with his work as a skilled plastic surgeon, he devotes substantial time contributing his expertise to disadvantaged individuals all over the world. Some countries in which he has had the pleasure of serving underprivileged communities include Colombia, Ethiopia, Haiti, the Philippines, and several other countries. The adults and children he works with often have no other outlet for surgical care, and he performs a number of procedures to help correct cleft palates, cleft lips, and various other deformities of both the face and body.

When not providing medical care for his patients, Dr. Behmand relishes spending time with family. Outside the office, Dr. Behmand enjoys scaling some of the world’s greatest mountain ranges and highest peaks, including the South American Andes, the Russian Caucasus, Mount Everest in the Himalayas, Mount Kilimanjaro, Mount McKinley in Alaska, and various summits in Antarctica. He, his wife, and their four wonderful children are all active outdoor enthusiasts.

If you’d like to learn more about Dr. Ramin Behmand and the extensive range of cosmetic treatments and procedures he performs, please contact our office and schedule a consultation today.